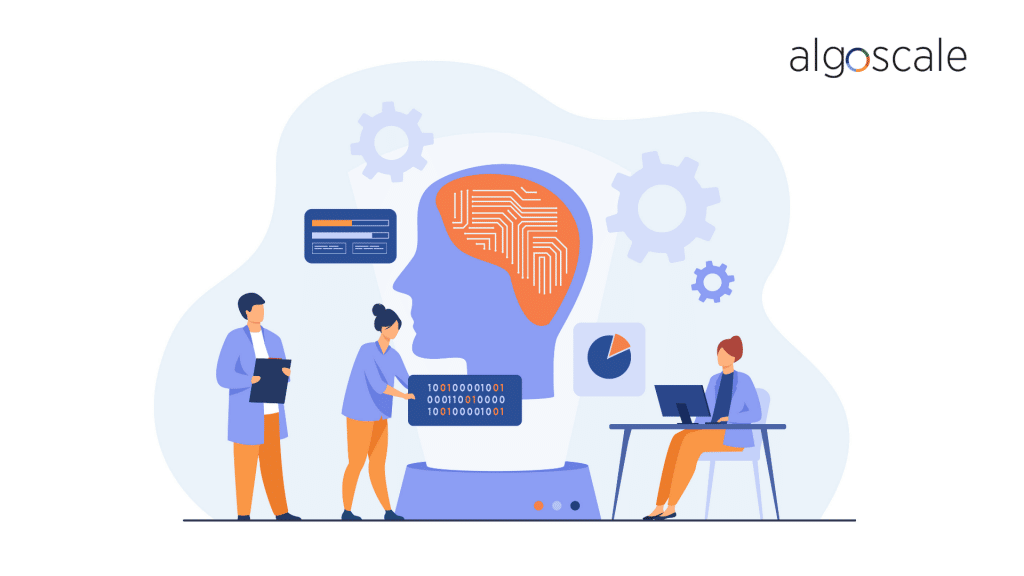 One of the major problems in natural language generation is that computers cannot create complex sentences and paragraphs. Well, it has been a huge challenge for many years, but it seems like we may have found a solution in Generative Adversarial Networks (GANs). They allow machines to generate new text based on a set of existing data.

What is the General Adversarial Network (GAN)?

Generative adversarial networks are a relatively new concept in the AI field that has generated lots of interest. It simultaneously generates the content and evaluates its quality.

The GAN approach is flexible and powerful because the system can learn from different data types without requiring previous training. It works by splitting information and generating new content and another that tries to distinguish between fake and real datasets, improving its results as time goes on.

How does a GAN work?

GAN is an AI system that can generate new information based on existing information like text, images, or audio samples. There are two parts to the system, one that generates data and another that tries to distinguish between fake and real information.

The key advantage of this approach is that it allows the system to learn from pre-existing datasets without requiring any additional training or supervision; this approach makes it flexible enough for many different types of applications.

How to use GAN for natural language generation?

GANs can be used for many different applications, but recently emerged is natural language generation. It means creating new pieces of text-based on pre-existing data, and it’s done by having two parts to the system; i-e, the generator, and the discriminator.

A combination of GANs and recurrent neural networks can predict how words will connect to create coherent sentences. This model learns from pre-existing text and can generate new sequences based on what it already knows about word relationships.

GANs with pre-existing text will produce better results because they can be trained on a much larger dataset. But, this approach may not be as flexible since it only works well for specific data types.

There are also unsupervised approaches to using GAN for natural language generation involving the adversarial system to generate data to create new sentences. It means an adversarial system trying to distinguish between fake and real data, so the system can generate new phrases as it tries to fool itself.

The key difference with unsupervised approaches is that they do not need any sort of input besides a dataset containing existing information such as Wikipedia articles or other sources of text.

The second approach involves using a combination of GANs and recurrent neural networks. It can predict how words will connect to create coherent sentences.

GANs with pre-existing text will produce better results because they can be trained on a much larger dataset, but this approach may not be as flexible since it only works well for specific data types.

GANs and RNN working together

A combination of GANs and recurrent neural networks could potentially provide the best solution to natural language generation. It has no separate training dataset needed because the system could simultaneously develop its own rules for sentence structure using unsupervised learning and input data.

Using GANs for natural language generation is still very early, but this approach also has some interesting applications aside from generating text. For example, creating realistic images based on existing information is now possible using GANs, which provides endless possibilities for generating fake data.

When it comes to GANs, there is a lot of confusion about the difference between both these algorithms. It can create trouble when choosing where to apply GANs and how to configure them. It becomes especially apparent when people compare GANs with Classifiers such as Deep Neural Networks (DNN).

We will first look at some common machine learning/AI classifiers that people often use to clear things up. After that, we will highlight what makes GANs different from those traditional approaches before describing how they work within the context of an adversarial network.

At its core, Classifiers are designed to tell us if something belongs to a specific class (e.g., “Is this cat an animal?” or “Is this email spam?”). They learn through training examples and then use that knowledge to label new inputs as either belonging to the one class we’re interested in (“yes, it is a cat”) or not (“no, it’s not an animal”).

The idea is as simple as can be: show the algorithm lots of pictures of cats and non-animals. The classifier will eventually learn what makes those two classes different to accurately predict which category any picture it hasn’t seen before falls into.

For example, we might show it a panda and ask: “Is this an animal?” And then, after training the model for a while (and maybe giving it lots of pictures of pandas), it will tell us that yes, indeed, pandas are animals.

Can we use GANs to generate fake data?

GANs can also be used for purposes other than natural language generation. One of the most interesting uses is generating fake images based on existing information that could be real. It means that you wouldn’t need a separate dataset to create realistic images. There would be no way for a casual observer to tell the difference between fake and real data.

Algoscale: Helping to implement GANs for Natural Language Generation in the AI-related businesses

We hope that you found the following article to be instructional and enlightening. Algoscale gives businesses AI-based solutions to stand high in the market. Besides that, we have a seasoned team of data scientists who are dedicated to providing business solutions.

Businesses are adopting GANs for several reasons. It has many practical applications in natural language generation. One of the main reasons is that they allow us to generate new textual content from a machine, which can be a useful solution for several situations. For example: Summarizing text using GAN.

Also, read our case study about how we implement machine learning to generate automated personalized ads at scale for a US-based advertising agency.

Algoscale also connects with businesses in the area. If a company is interested in incorporating AI, Algoscale is more than happy to help. We provide the finest answers for all your AI-based concerns. Because We Love Data!