Ethics and Algorithmic Bias in AI

Ethics and Algorithmic Bias in AI

Until and unless you live in a vacuum, everyone’s exposed to a certain amount of bias in society. To combat the bias, societies come up with philosophies of ethics. The world today runs on data. We meet artificial intelligence on almost every step we take. Businesses are using data and artificial intelligence to build unique solutions, but this is also increasing their regulatory concerns. What was, a few years back, limited to non-profit organizations is now talked about in the most influential companies as well. In the past, big IT corporations have been lambasted for their unjust machines. Today, the world’s most powerful tech companies, including Microsoft, Facebook, Twitter, Google, Apple, and others, are forming teams to address the ethical issues that arise from the widespread use of data, particularly when that data is used to train AI models. And unfortunately, AI bias may be found in most algorithms employed by large and small businesses, with some implications being more severe than others. With the growing usage of artificial intelligence in current devices, technologies, and services, it’s more important than ever to make sure the models are fair and ethical. 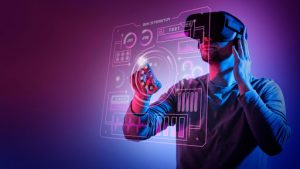 Human Bias is a concept we can’t avoid. Every decision we make every day, whether we like it or not, is tinted by our own biases based on years of indoctrination. These biases might make it difficult for us to learn and reason in a fair, unbiased, and rational manner. Similarly, AI biases can influence what commercials or items a person sees online or what Netflix suggestions they get, and they can also contribute to preconceptions in job recruitments, loan applications, criminal intelligence, and other fields. Algorithmic bias is a term that describes the systematic characteristics of an algorithm that cause it to provide unfair or subjective results. It can result from a variety of sources, including the algorithm’s design, its inadvertent or unanticipated application, or decisions about how data is coded, gathered, selected, or used to train the algorithm.

Algorithms rely on a considerable amount of data. If you feed an image classification algorithm millions of annotated dog photos, it can detect whether a shot it hasn’t seen before contains a dog. The more labeled data an algorithm sees, the better at the task it performs it becomes. These algorithms, however, will create blind spots as a result of what is absent or overabundant in the data they’re taught on. Any software becomes biased as a result of the most prominent branches of AI – Machine Learning and Deep Learning. Natural language processing (NLP), another component of artificial intelligence that helps computers comprehend and interpret human language, has been found to be biased against people of color, women, and people with disabilities. Inherent biases, such as negative attitudes about specific races, higher-paying occupations associated with men, and negative labeling of disability, are subsequently perpetuated through a range of applications, ranging from language translators to resume filters. 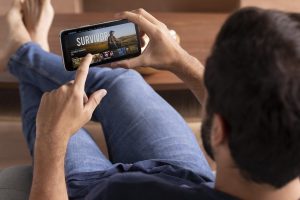 Recognizing the limitations of artificial intelligence is the first step in avoiding algorithmic bias. As you might have enough information to create an algorithm. But who creates it and decides how it will be used? Who gets to define what level of accuracy and inaccuracy is acceptable for different groups? Who has the authority to determine which AI applications are ethical and which are not? Humans. Algorithms are not racist or sexist, but humans are, and the algorithms pick up on any biases we have, whether we are aware of them or not. And while it may be hard to completely rid AI systems of human bias, we may take steps to mitigate its impacts, such as careful data selection, intentional data governance, and a diverse workforce that encompasses a wide variety of inputs and provides a fair representation of our population. It must be ensured that the data we feed our algorithms is diverse.

If algorithmic bias is not addressed, human biases might even be amplified. Humans tend to trust the judgment of AI algorithms because they believe software isn’t bigoted, blind to the fact that those assessments are already reflecting their own biases. As a result, we accept AI-driven conclusions without question and generate more biassed data for those algorithms to improve on. Companies that build AI applications must also be more honest about their goods, which is a vital step.

The solution to the problem of Bias in AI is contingent on how the world develops and deploys AI technologies. Without ethical AI principles, such as safe AI, security, privacy, justice, and others, there is a significant risk that our future societies would not only continue to project historical human biases but will also risk worsening such biases. Why? Because, as discussed, AI is ultimately designed, specified, and overseen by humans, with all of their shortcomings. And our biases will inevitably find their way into the systems we develop, both intentionally and unconsciously.

Artificial Intelligence ethics, often known as AI ethics, is a set of beliefs, ideas, and methodologies that use commonly accepted criteria of right and wrong to govern moral behavior in the development and deployment of AI systems. While emerging ethical AI frameworks provide a solid and long-term foundation for future AI research, they are not a panacea. Instead, tech companies, governments, enterprises, and activist groups all contribute to the development and delivery of ethical and inclusive AI. This was emphasized in the European Parliament’s 2020 resolution on civil liability for AI, which stated that the spectrum of actors across the entire value chain who generate, maintain, or control the risk associated with the AI system are accountable, not the AI system itself.

Since a programmer in 2015 called out a search feature of the Google Photos app that wrongly classified photos of Black people as gorillas, coders have been uncovering biases in AI-driven algorithms on social media. Twitter users were caught aback earlier in May this year when they discovered that the popular app’s photo-cropping algorithm was racist as its automatic cropping algorithm often cropped out Black faces in favor of white ones, favoring men over women. While the app caught on to the inconsistencies early on, deactivated the feature, and started a bug bounty program to address the AI bias, the issue has been a problem for years.

According to Forrester’s recently released “North American Predictions 2022,” at least five large corporations would establish “bias bounties” or hacking challenges to discover bias in artificial intelligence (AI) algorithms. Bias bounties are modeled after bug bounties, which compensate hackers or coders who find flaws in security software (typically from outside the firm). Large tech businesses, such as Google and Microsoft, as well as non-tech companies, such as banks and healthcare companies, are expected to introduce bias bounties in 2022, according to Forrester.

Algorithmic bias is a human problem, not a technical one, and the actual solution is to begin eliminating bias in all aspects of our personal and social lives. This entails supporting diversity in the workplace, education, politics, and other areas. Businesses have understood this simple truth that failing to operationalize data and AI ethics is a threat to the bottom line. Organizations are investing in answers to heretofore arcane ethical problems.

At Algoscale, we assist businesses in making responsible AI decisions. We can only establish trust-based systems by incorporating ethical concepts into AI applications and processes. Achieve agility in decision making as we provide you with a unified picture of the business landscape through different Machine Learning and Deep Learning algorithms.