Since the early days of CT scanners and mammography machines, medical imaging has gone a long way. Healthcare practitioners now have access to new perspectives, resolutions, and details using 3D medical imaging, allowing them to gain a better overall understanding of the body while reducing the amount of radiation given to patients. The growing use of 3D imaging techniques in healthcare has accelerated the development and application of artificial intelligence systems to solve a variety of clinical challenges. It is rapidly being utilized in the pharmaceutical industry to design better, safer medicines while also reducing development timelines and costs. According to estimates on the Research & Markets website, the 3D Printing Medical Devices market is expected to grow from USD 2.4 billion in 2021 to USD 5.1 billion in 2026, with equipment, materials, and software & services accounting for the majority of the market.
The amount of image data used in health care has also expanded dramatically in recent years with the ongoing progress of medical imaging acquisition technologies. Advanced machine learning approaches are required to keep up with the growing demand for medical image analysis and to assist physicians. Object detection, which comprises locating and identifying important image portions, is an essential field within medical image processing. So, before moving to medical imaging, let’s first understand object detection. 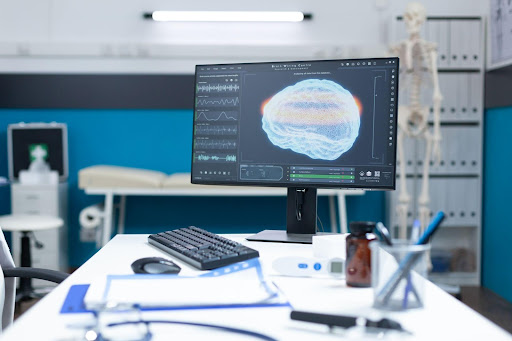 What is Object Detection?

Object detection is a computer technology that deals with finding instances of semantic items of a specific class such as individuals, vehicles, or cats in digital photos and videos. It is a computer vision and image processing approach for identifying and locating things in images and videos. Using this type of identification and localization, object detection can be used to count objects in a scene, determine and track their specific locations, and precisely label them.
The object detection method recognizes items by drawing bounding boxes around them. It has to do with identifying items in a photograph. Every object class has its own unique characteristics that aid in classification. Object class detection relies on these special features. Object detection is used for picture annotation, vehicle counting, activity recognition, face detection, face recognition, and video object co-segmentation, among other things. It’s also used to track things, such as a ball during a football game, a cricket bat’s movement, or a person in a film. In medical imaging, it can be used to detect bone breakage, cell abnormalities, and other problems automatically. The foundation of semantically interpreting 3D medical images of a computer-aided diagnosis is object detection. AI techniques speed up picture processing and enhance the accuracy of 3D visualization, while Deep Learning tools boost the precision of object detection. When AI and Deep Learning are combined, they can produce detailed 3D images of soft tissues deep within the human body. The goal of object detection is to see if there are any things that fit into established categories. It can be used, for example, to assess the presence and location of malignancies on organs or tissues in medical pictures. If the target is present, its spatial location may be given. Object detection is capable of a variety of tasks, including lesion location, tracking, and picture discrimination.
Convolutional Neural Networks have made major advances in the detection of 3D objects. For object detection, many earlier researchers converted point clouds into volumetric representations and generalized CNNs to 3D CNNs. 3D-FCN makes use of a 3D fully convolutional network to directly predict class labels and bounding box positions. Researchers have made progress in exploiting image-based object detection to reduce the computational complexity of 3D object detection by encoding 3D data into 2D photos. 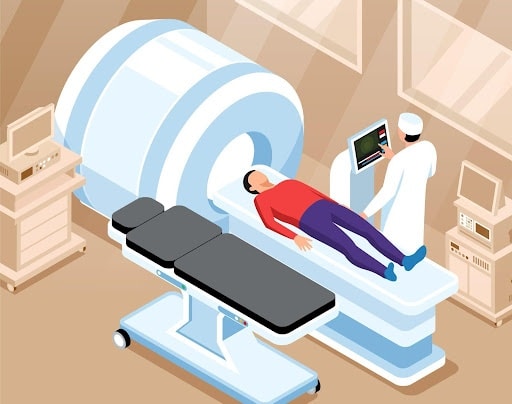 Thanks to the potent combination of artificial intelligence and 3D medical imaging, major advances have been made in the last few years. Medical imaging could benefit from AI, especially when it comes to recognizing organs or defects. 3D medical imaging delivers a sharper picture of blood arteries and crisper images of bones in addition to volume. Cardiologists may evaluate ejection fraction in a relatively shorter time by integrating image visualization with AI, rather than having to go through enormous data sets and study anatomy by sight. Modern radiology is entirely reliant on 3D imagery. In dentistry, image data from cone-beam computed tomography (CBCT) and intraoral/ facial scans could be used to construct 3D image-based AI systems for automated diagnosis, treatment planning, and treatment outcome prediction.

Despite the remarkable efficiency shown by the image-based algorithms, if the image is sufficiently crowded, projecting the entire scene to a specific viewpoint could result in severe occlusion between target objects and cluttered objects. AI can help humans make better judgments by increasing their decision-making capacity and improving the quality of those decisions, but it should ultimately be used to supplement rather than replace human decision-making. A healthcare expert should always make the final decision on a clinical diagnosis.

Object detection is a well-established technology with a wide range of potential applications in medical imaging. The use of AI in the sector allows for better healthcare decision-making by removing the load of regular analysis and freeing up time to focus on more complicated and difficult analysis that requires expert human engagement.