In the year 1950, computers were at the beginning of their development, but the issue of whether computers could think was already huge. There were numerous clashes between scientists and philosophers when computers transformed concepts that were once thought experiments turned into real-world applications. Being aware that these arguments could continue for a long time, Turing devised a new problem to help refocus the discussion and advance what would later become an area of Artificial Intelligence (AI).

In 1950, Alan Turing- a British mathematician published a paper entitled “Computing machinery and intelligence” in the journal Mind ( 59 433). Turing proposed an “Imitation Game” with a person with a machine as an interrogator in his work. The interrogator stays in a separate space and, after asking questions, attempts to determine who is human and what is a machine. The player cannot discern or hear the opponent and must decide solely on their answers to texts. This game was designed to test a machine’s capability to give the most human responses possible and possibly show its capacity to think.

However, Turing wondered, could machines ever be able to pass themselves to be a human? If so, then how often will the interrogator be able to guess correctly?

Over 70 years later, the concept of”the “Turing Test” continues to delight researchers and people in general. Intelligent robots have been featured in many science fiction films ranging from the cold and precise HAL 9000 from 2001: A Space Odyssey to Sam, the emotionally intelligent AI partner in Her. The unforgettable Voight-Kampff sequences from the film 1982 Blade Runner bear a substantial similarity to Turing Test. Turing Test. The test also appeared in The Imitation Game, the Oscar-winning biopic about Turing’s code-breaking efforts during wartime.

What is the Turing Test?

The Turing Test is a method of research into Artificial Intelligence (AI) to determine whether computers can think just like humans. The test’s name is from Alan Turing, the founder of the Turing Test and an English computer scientist, cryptanalyst theorist, and mathematician. 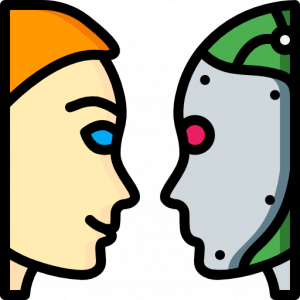 Turing suggested that computers could be considered artificial intelligence when they can imitate human behavior under certain circumstances. The Turing Test in its original Turing Test requires three terminals that are physically separate from the two others. A computer controls one terminal, whereas humans run the remaining two.

During the test, One of the human participants is the one who asks questions, while the other human and the computer act as the respondent. The questioner questions the respondents on a particular subject in a predetermined style and context. After a predetermined amount of time or the number of questions, the person asking the question is then asked to determine which person was a natural person and an automated system.

This test can be repeated several times. If the test taker makes the right choice within half the test’s runs and less than that, then the machine is believed to be artificially intelligent because the test taker views that it is “just as human” as the human test taker.

History of the Turing Test

The test’s name comes from Alan Turing, who pioneered machine learning in the 1950s, and 1940s. Turing invented the test in his 1950 article entitled “Computing Machinery and Intelligence” at The University of Manchester.

In his article, Turing proposed a twist on the concept of “The Imitation Game.” It is a game that Imitation Game involves no use of artificial intelligence, but three humans in three distinct rooms. Every room connects with the keyboard and screen. Two males, the other female, populate one room. The final with a female or male judge. The female attempts to persuade the judge that she’s the male while the judge tries to tell which one is the other.

Turing transforms the game’s concept this game by introducing an AI and a human Human questioner. The task of the questioner is to decide which one is artificial intelligence and the other is human. Several AI has passed the science behind the test; one of them is an algorithm developed by Joseph Weizenbaum called ELIZA.

While the various variations used in the Turing Test are often more relevant to our present understanding of AI, The traditional structure of the test remains used today. For instance, the Loebner Prize is presented annually in 1990 to those with the most humane computer program as judged by an independent jury of experts. The contest follows the traditional guidelines that are part of the Turing Test. The critics of the Turing Test’s significance tend to dismiss it as being more about public relations than testing whether machines think. A competition was held in conjunction with the University of Reading to mark the 60th anniversary of the death of Turing at the age of 14, a bot named Eugene Goostman, which simulated a 13-year-old boy, passed the Turing Test, in the opinion of some, as it was able to fool 33% of judges.

In the year 2018, Google Duplex successfully made an appointment with a hairdresser via the phone in the presence of 7,000. The receptionist was unaware that they were not speaking to the natural person. It is believed by some to be an actual Turing Test pass; despite not being based on the actual form of the test in the way Alan Turing designed it.

GPT-3, the natural model of language processing developed by OpenAI, is considered by certain people to have the highest chance to pass the Turing Test in its actual shape of any technology available currently. However, despite its sophisticated text-generation capabilities, Many have been critical of the system to be tricked into responding to nonsensical questions and thus failing under the demands of testing on the Turing Test.

There is a lot of debate over the importance of this Turing Test today and the legitimacy of competitions built around it; it is an important philosophical point of reference to discuss and research AI. In the years ahead, as we advance in AI, as we learn more about and comprehend how our brains function and function, this Turing Test remains foundational for understanding intelligence. It also serves as the basis for debate regarding what we should expect from technology to be thought of as thinking machines.