What Is Tokenization For NLP?

What Is Tokenization For NLP?

In the last few decades, the amount of textual data available on the Internet has skyrocketed. There’s no denying that processing this much data needs to be automated, and there should be a straightforward way to accomplish it. And to get our computer to interpret any material, we must first break it down into smaller chunks that our machine can comprehend. Before we can even consider moving on to the modeling stage, we must first clean the unstructured text data. But, how do we clean and alter text data in order to accomplish this and develop a model? Natural Language Processing (NLP) is the answer. More specifically, the tokenization step in NLP is the answer. Simply put, if we don’t tokenize our text data, we won’t be able to deal with it. The goal of NLP is to teach computers how to interpret and evaluate vast amounts of natural language data. It’s difficult to do since reading and understanding languages are significantly more complicated than it appears at first glance.

Text preparation should be the first step in every NLP effort. Preprocessing incoming text simply entails transforming the data into a format that is predictable and easy to analyze. It’s a critical step in creating a successful NLP software. Text can be preprocessed in a variety of ways, including stop word removal, tokenization, and stemming. When dealing with text data, tokenization is quite important. Tokenization is the most critical of these steps. The fascinating thing about tokenization is that it isn’t simply about breaking down the text. Let’s dive into the ins and outs of this crucial step, tokenization.

The three primary components of NLP systems that assist machines in understanding natural language are Tokenization, Embedding, and Model architectures. As NLP is used to create applications such as language translation, smart chatbots, and voice systems, it is critical to comprehend the pattern in the text in order to create them. Tokenization is the initial component of an NLP pipeline. It turns plain text into a series of numerical values that AI algorithms enjoy. The process of tokenizing or breaking a string of text into a list of tokens is known as tokenization. It is the method of transforming a sequence of characters into a sequence of tokens, which must then be translated into a sequence of numerical vectors that a neural network can analyze. Tokens can be thought of as components; for example, a word in a sentence is a token, and a sentence is a token in a paragraph. Depending on your needs, you can divide a piece of text into words, characters, or merely subwords. Tokenization can be accomplished using a variety of open-source technologies.

Types of Tokenization in NLP

Tokenizing data can be done in a variety of ways. Depending on your needs, you can divide a piece of text into words, characters, or merely subwords. As a result, the three types of tokenization in NLP can be generically grouped.

It may face a significant setback in the form of out of vocabulary or OOV words. The OOV terms basically point out any new words that you might come across during your testing. The vastness of the vocabulary is another significant drawback in word tokenization.

Character tokenization eliminates the drawbacks of Word Tokenization that we previously addressed. It is based on the problem of a huge vocabulary and the possibility of encountering new terms. The technique of separating a piece of text into a collection of characters is known as character tokenization. Character Tokenizers handle OOV words in a logical manner by keeping the information in the word. It breaks down the OOV word into characters and then conveys it using these characters.

Even while character tokenization is a reliable option for NLP tokenization, it has significant disadvantages. Working with characters may result in inaccurate word spellings. Learning with characters is also like learning with no semantics because they have no inherent meaning. The rapid expansion in length of input and output phrases is one of the most important difficulties in character tokenization. As a result, determining the relationship between the characters in order to round up meaningful words could be difficult.

Byte Pair Encoding, or BPE, is one of the most prevalent methods for subword tokenization. BPE aids in the resolution of common concerns around the tokenization of words and characters. BPE is a type of word segmentation that combines the most commonly occurring letter or character sequence many times. BPE’s subword tokenization helps to effectively address the issue of out-of-vocabulary words.

How does Tokenization help?

As humans must first read the words/sentences contained in any text or document in order to comprehend it, the process of mapping sentences from character to strings and strings to words is the first step in solving any NLP problem. Tokenization also has a significant impact on the remainder of the NLP pipeline. Unstructured data and natural language text are broken down into chunks of information that can be regarded as separate elements using a tokenizer. A vector can be created from the token frequencies in a document. An unstructured string (text document) is converted into a numerical data structure suitable for machine learning in an instant. 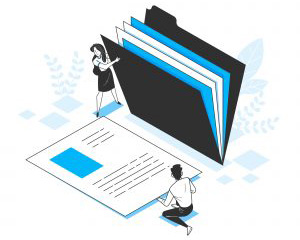 Tokenization is also an important part of the Information Retrieval (IR) systems because it not only pre-processes text but also generates tokens that are used in the indexing and ranking process. Another application is in compiler design, where you may need to parse computer programs to turn raw text into programming language keywords.

How Algoscale can help?

Tokenization is an important stage in the NLP process. We can’t just start creating the model without first cleaning it. Enterprises are supported in making decisions that result in demonstrable results, and company efficiency is further boosted, thanks to the actionable customer insights provided by NLP and the automation of several procedures. With Algoscale‘s specialist team of professionals, you can get your hands on the newest NLP advances and utilize the potential of AI for your organization.