A constructive guide to Conversational AI 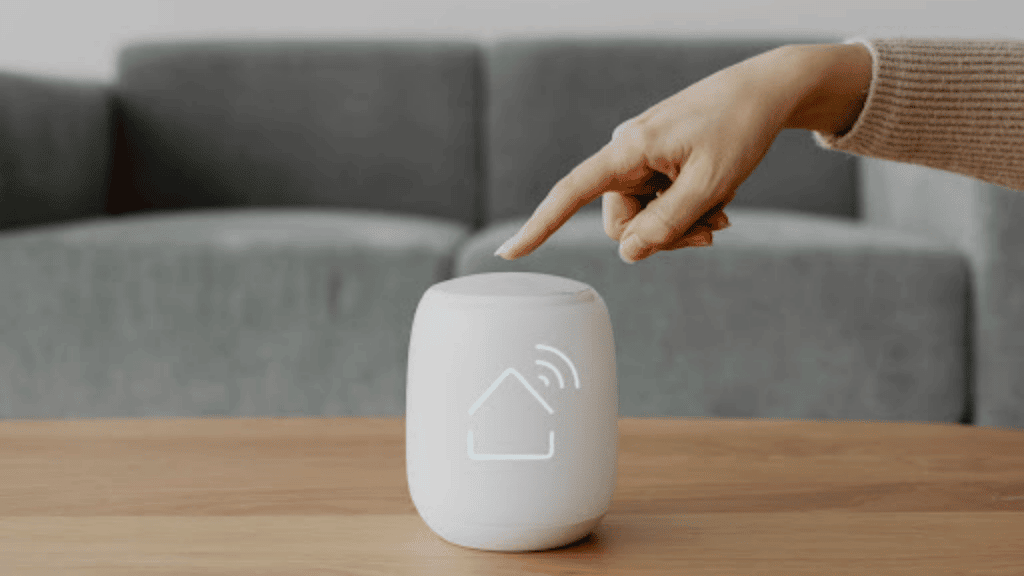 It is what it sounds like. You’re interacting with conversational AI every time you ask Amazon Alexa to play a song or ask Apple Siri a question. Basically, you have a conversation with your machines or devices with the help of AI, tada, Conversational AI. Conversational AI is becoming more common by the day. The pandemic has made every business digital by default, however, the potential of conversational artificial intelligence had been interpreted even before this situation we got stuck with. However, as the number of hours spent at home increased and devices got coupled with each other (as well as with human lives), people realized the promise of virtual assistants like Google Now and Amazon Echo. These examples of Conversational AI can be found in a variety of settings, including entertainment, customer service, personal life, and more.

When computers converse with humans, developers are to put forth a lot of effort to make the interactions as human-like as possible. Responses must be prompt, sharp, and natural in order to have a good dialogue between a human and a machine. Whether you’re communicating with a chatbot, responding to an automated email, or conversing with a virtual assistant, computers are working hard behind the scenes to interpret what you’re saying, determine the appropriate response. Software applications that use Conversational AI are altering the way organizations communicate with their customers, improving responsiveness and personalization. And, companies can no longer afford to have anything dealing with customers that isn’t very accurate, especially as customer expectations for chatbot interactions rise. So. let’s check what Conversational AI actually is and how it works.

What is Conversational AI?

Any system that allows users to speak or text to it and receive a response is Conversational AI. It refers to a set of technologies that enable human-like interactions between computers and humans through automated messaging and speech-enabled apps. Conversational AI encompasses a wide range of applications, including chatbots, smart home assistants, and other customer service services. They identify speech and text inputs, interpret intent, decipher many languages, and react in a fashion that simulates human communication using large amounts of data. By detecting speech and text, interpreting purpose, deciphering different languages, and reacting in a manner that resembles human conversation, conversational AI can speak as if it were a human. 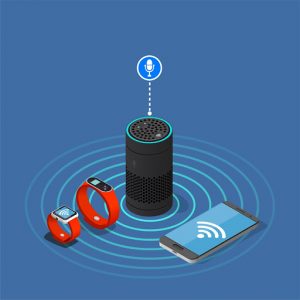 It’s critical to include context, personalization, and relevance into the computer-human connection while developing a successful Conversational application. Natural language processing (NLP) and machine learning are combined in conversational AI. Several other technologies, such as automated speech recognition (ASR), and natural language understanding (NLU), are also integrated to process each written or spoken word and determine the best way to respond and learn from each user interaction.

How does Conversational AI work? 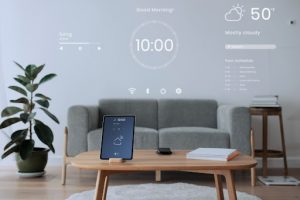 When the information from the users is received by the AI application, it begins to work. The ASR technology then assists in listening to spoken inputs, sensing them, and converting them into a machine-readable format, text. Natural Language Understanding (NLU) aids in deciphering the text’s intent. A response is, then, generated based on its comprehension of the text’s intent. Natural Language Generation (NLG) is used to handle the responses and convert them into a human-readable format. After that, the conversational AI application either provides a text or text-to-speech response. Finally, the components are in charge of the application’s learning and improvement over time. Reinforced learning is when an application learns from previous encounters in order to provide a better response in future interactions.

Basic chatbots are only suitable for a limited range of tasks. They match user questions with potential responses using rule-based programming. Chatbots require artificial intelligence to improve their ability to interpret human language and conduct increasingly sophisticated activities and transactions in order to fulfill the needs of larger enterprises. Conversational AI bots keep track of people’s personalities and preferences. 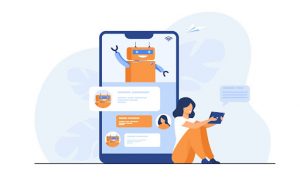 Conversational AI offers a considerable edge over rule-based bots in terms of detecting user situations and intentions. As a result, they can decode a user’s query and provide a tailored experience. Unlike chatbots, which must be explicitly trained for every possible circumstance, Conversational AI does not require a script and instead trains itself through reinforcement learning.  Both conversational AI and chatbots have their own set of benefits, so businesses may use them both and/ or, figure out what would work best for them based on the budget, team acceptance of new technology, and operational level. The ultimate goal is to engage your customer in meaningful dialogues.

How Algoscale can help?

Conversational AI at its best produces results that are indistinguishable from those supplied by a human. As technology advances, new ways to use conversational AI become available. Home automation, security, marketing, advertising, and e-learning are among the future uses already in development. Conversational AI will play an increasingly important part in our daily lives as our interactions with and demands for such technologies grow. Algoscale provides Artificial Intelligence services to help enterprises achieve decision-making agility by providing a unified image of the business landscape using various Machine Learning and Natural Language Processing techniques.