How different are Weak and Strong AI? 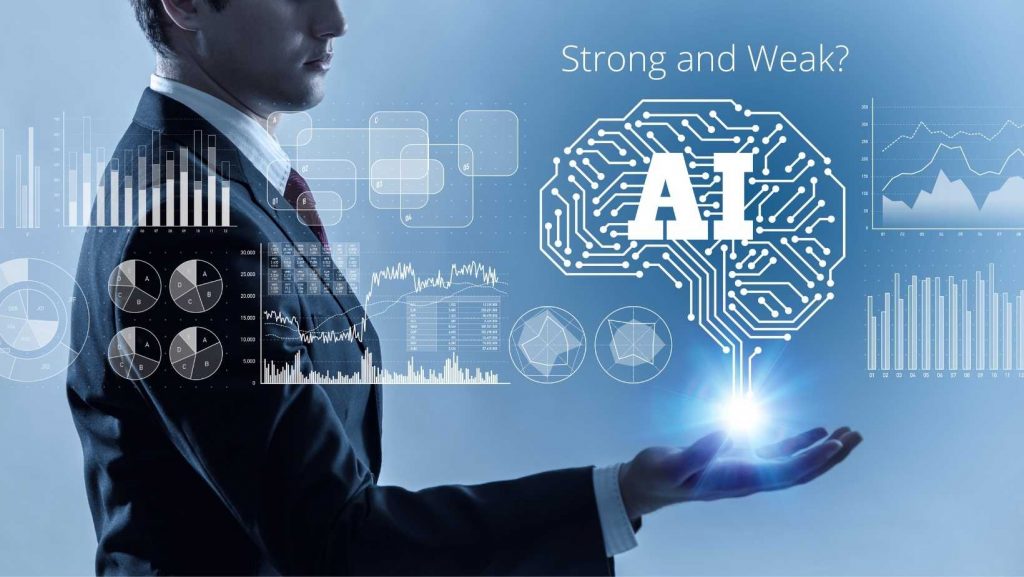 We have been listening to and talking about Artificial Intelligence for a very long time now. We, as humanity, have altogether reached that point in our everyday lives with the omnipresent AI technology that we might even be using without the realization of it. Even with this ubiquitous nature of Artificial Intelligence, it still calls for a better understanding of the concepts as even today, there is skepticism and apprehension involved. While most people define AI as when machines do higher-level human-like operations like speech recognition and making judgments, not everyone is aware that there exist two different types of AI namely, weak AI and strong AI. John Searle invented the terminology to distinguish between different types of AI devices’ performance. Although in simple terms we may say that weak or narrow AI is the one we come across on a daily basis and strong or general AI is the next generation of AI in which machines can think like humans without being programmed by humans. However, there’s more to the painting which needs a better interpretation by the viewer. So let’s dive in and find out what is Weak AI and how strong it actually is.

What is Weak AI?

Artificial intelligence with limited capability is known as weak AI. Weak AI, sometimes referred to as narrow AI, refers to algorithms that can only tackle a limited number of issues. The algorithms classify data and then make judgments or take actions based on the instructions they were given. Weak AI includes self-driving cars and virtual assistants like Siri, Alexa, and Google search. Most of the time, when the word artificial intelligence (AI) is used nowadays, it refers to weak AI. It is, in fact, the only artificial intelligence that currently exists. While weak AI can solve complex problems and do tasks faster than humans, its powers are constrained by its programming. And because of its limited functioning, it is referred to as “weak”.

Narrow AI is programmed to work within a set of pre-defined functions, therefore there is no way to deviate from the programmed path. It is built to be intelligent in the specific task it is given. While these machines, robots, and computers appear intelligent, they work under a limited set of constraints and limits, which is why weak AI is a term used to describe them. Narrow AI does not attempt to copy or replicate human intelligence; rather, it replicates human behavior using a limited set of characteristics and circumstances. That is the extent of the intelligence; they know what to do in the scenarios for which they have been programmed, but they have no way of knowing what to do in any other situation. Even AI with machine learning capabilities can only learn and apply what it learns to the scope for which it was created. We can say that weak AI is the application of advanced algorithms to specific problem-solving or reasoning activities that do not require the entire spectrum of human cognitive powers.

How different are Weak and Strong AI?

Artificial intelligence will be classified as general or strong AI once (if ever) machines are able to reason and carry out decision-making and tasks without the intervention of humans. Until then, weak AI, or algorithms designed to assist computers to execute jobs more quickly and effectively, will continue to change the way people live, work, and play. Machines with strong AI can think and do tasks independently, just like humans; machines with narrow AI, as discussed, can’t achieve this on their own and must rely extensively on human intervention to establish the parameters of their learning algorithms and to give necessary training data to assure correctness.

Strong AI, which is often considered a science fiction concept, handles data using clustering and association rather than classification. This means that, unlike weak AIs, there is no pre-programmed response to your keywords or requests, and the outcomes of their programming and functions are mostly unexpected. Strong AI is supposed to have all and any cognitive capabilities that a human might have and is essentially identical to a real human mind. It has a complicated algorithm to assist it to operate in numerous scenarios, whereas weak AIs have all of their actions pre-programmed by humans. Moreover, strong AI-enabled devices have their own thoughts. They can independently assess data and make decisions, whereas weak AI-based devices can only mimic human behavior. Next in line after Strong AI is Super AI which outperforms human intelligence and abilities.

Weak AI or Narrow AI refers to any AI that is now in use – not depictions from science fiction novels depicting robots taking over the world. Despite the name’s impression that it isn’t strong, weak AI is responsible for a wide range of astonishing actions. Many tasks can be completed considerably more rapidly and efficiently using AI than they can with humans. There are numerous examples and ways it’s put to use in normal everyday life. Often cited as the best instances of such AI, voice assistants like Siri and Alexa are examples of weak AI that we use on a daily basis where AI recognizes data and responds to requests at lightning speed. Another common instance of Weak AI is recommendation engines. Whether Netflix tells you what movie to watch next or Amazon or tells what else you might be interested in buying, these recommendation engines are almost everywhere. Google and other search engines are also examples of this category of AI. When you type your query into the box, the algorithm classifies it and searches its large database for answers.

Image recognition, which aids radiologists with detecting disease inpatient scans, is one important way narrow AI is making an effect in healthcare. Speech or Voice recognition is another one of its applications. Predictive analytics also employs narrow AI, as it examines historical data using data, algorithms, and machine learning to produce a prediction of a likely future outcome. Self Driving cars also run on weak AI as algorithms are used to fulfill pre-programmed functions. If you’ve ever chatted with a business over chatbots, you’ve probably been chatting to AI. The majority of the time, chat features are an AI algorithm that takes care of answering simple questions, allowing humans to focus on higher-level jobs. Drones and factory robots have weak AI and can only carry out a limited range of tasks that have been programmed for them. 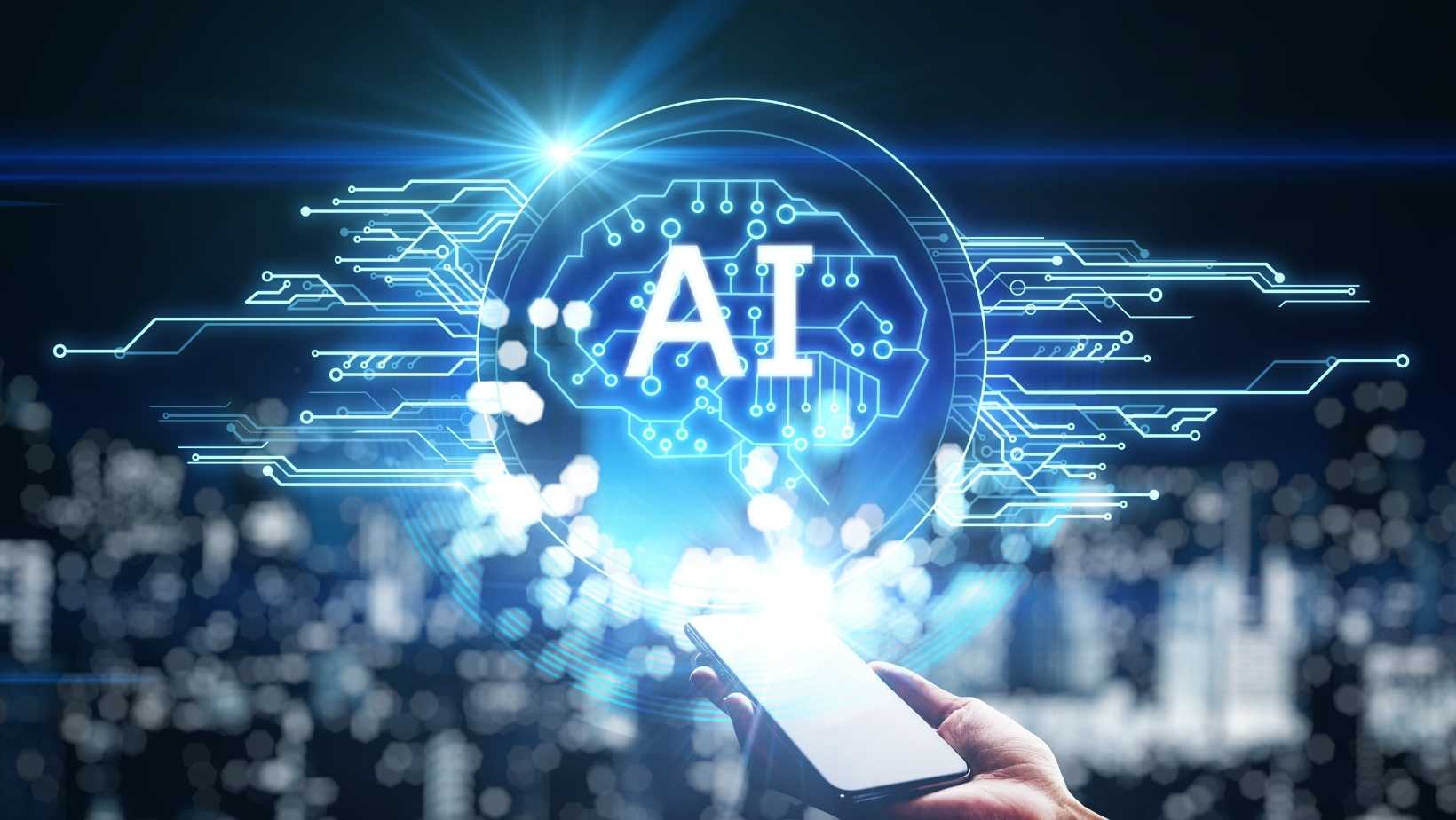 And if you’re on the search for a leading Artificial Intelligence Service Provider for your business, then Algoscale is the right stop for you. Algoscale helps businesses become more agile and smart by adopting creative and effective artificial intelligence solutions. Our cost-effective services for natural language processing, text-to-speech, machine learning, knowledge virtualization, and more provide visible operational functionality, 360-degree decision making, and performance measurement. Our AI solutions combine business, development, and operations data to provide actionable insights and a unified perspective of our clients’ changing business environments, allowing them to take advantage of automation and improve business outcomes over time.

Also Read: Powerful AI Developments in E-commerce and Retail in 2022